Not being exactly awash with money at moment, I’d decided to give Leeds a miss. Leeds is an expensive day out, at the best of times, so prudence with money was a necessity. After taking in my first F.A.cup qualifying game last season, I was keen to take in another one, as well as doing another non league ground. I’m old enough to remember the Stourbridge boss Gary Hackett playing for Shrewsbury Town. I was actually behind him in the stand, when he curled a beautiful shot passed Paul Cooper, in the then, top flight Ipswich goal. The game had been covered by Match of the Day cameras, and was used in the opening titles of Grandstand. You could just make out a younger version of me. I don’t advise looking it up, as I wasn’t the best looking kid. When still living in Bridgnorth, we would walk up the Stourbridge road for something to do, (Not all the way to Stourbridge, I might add.) but unlike with, Shrewsbury, Wolverhampton, Wellington and Kidderminster, there wasn’t a bus to Stourbridge. It became a kind of mythical place. By doing this game, I’d finally get to visit the place. I started the day, having to run for the bus. This, coupled with my line work, is as close to going to a Gym, as I’ll ever get. Going to the Gym, and bingo, are as about as boring, and fruitless, as one another. There was an obvious night shift worker, fast asleep on the top deck. He was out that solid, that for a brief moment, I thought he might be dead. I never know whether to wake someone up, just in case, they miss their stop. I’ve lost count of the number of times, I’ve fallen asleep and missed my stop. I left him to it, he woke up. Getting the train to Stourbridge, meant either going from Moor Street, or Snow Hill, I chose Snow Hill. As I was only 5 years of age, when my Dad passed away, I’ve learnt all his views and tastes, second hand. It was said, that he thought the original Snow Hill station, was better than New Street. I would’ve loved to have seen it in its pomp. I also wonder what my Dad would’ve made of today’s reincarnation. Changing at Stourbridge Junction, I caught the little shuttle train. 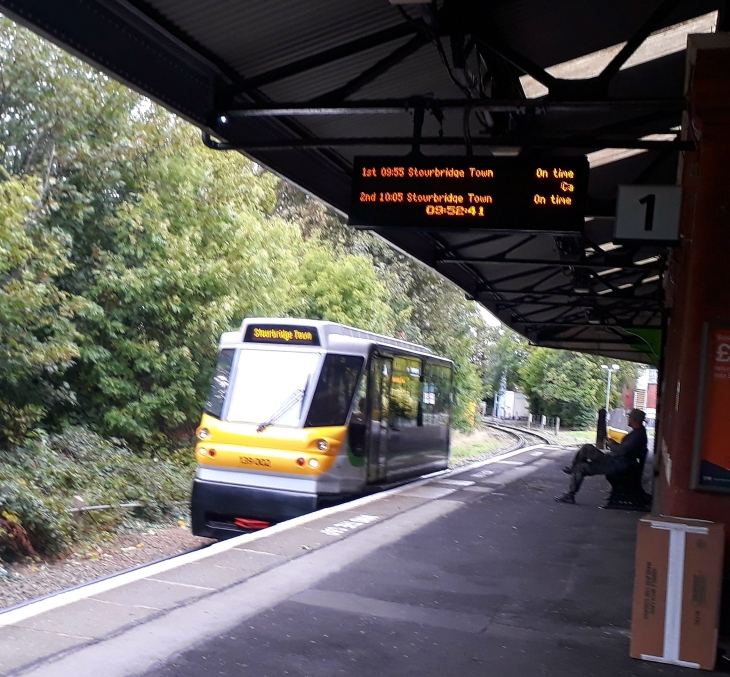 “once decommissioned, it’ll find a home on Northern Rail”

Stourbridge Lion was first port of call. I joined the small queue for it to open. It was more of a fizz place. The Carling Brigade would feel at home. Dave text me with a photo of the latest shirt he’d purchased. A St Pauli one. A club on my wish list. (Once I’ve actually got my passport sorted out) once I’m back on my feet again, I’ll get up and see him, family and Chorley f.c. The next place, was advertised as 10:30, not 11:30, which it would be opening. I needed something to eat, so I ducked in a little cafe and had a bacon and sausage sarnie. Old Bank was next. 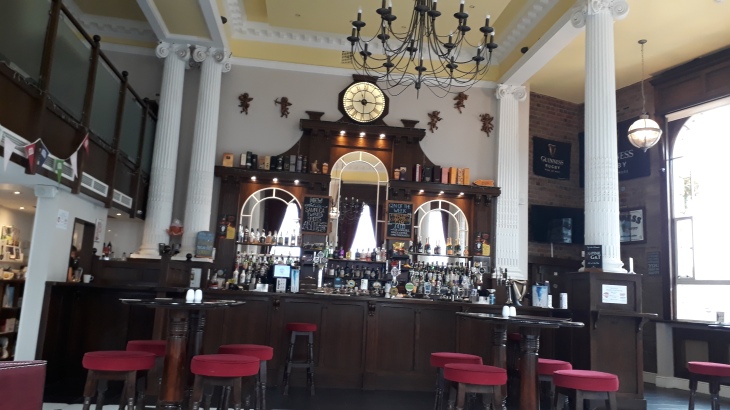 Not quite the Old Joint Stock, but then it was Stourbridge, and not Brum. It was still impressive though. I went back to the micro pub that hadn’t been open earlier. Bar Bridge is excellent. A place to visit, again and again. 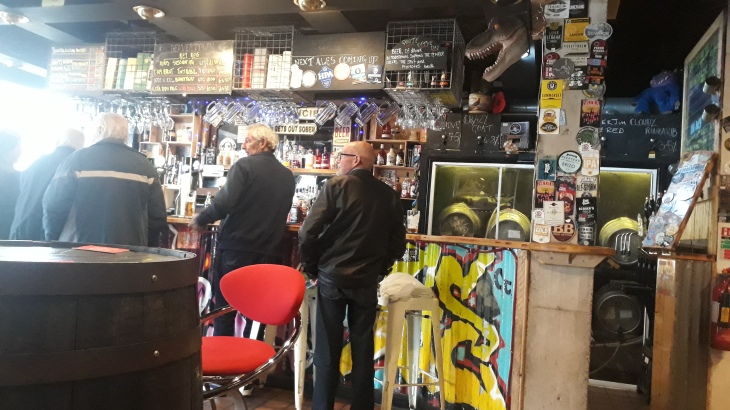 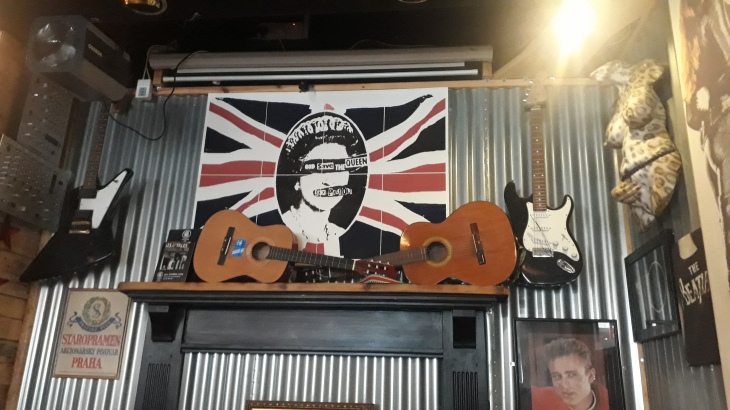 “I am a City fan, and I am from Birmingham, I know what I want, and know how to get it”

Just as I had drunk up, Mikey landed, so we did the Red House Boutique instead. Mikey was full of the cold, but then he’s a teacher. Schools are notorious breeding grounds for germs. A decent range, and a decent pint later, we headed for Duke William, the brewery tap for Craddock’s. Like with all brewery taps, the beer was excellent. The pub had that proper pub feel to it, one of those, where you don’t want to leave. Had it been first on my itinerary, I wouldn’t have gone anywhere else. Me and Mikey got into a conversation about advertising, how it moulds our thinking, how we’re led by it. Like I’ve said before, I’m rebellious against big corporations. Advertising is a weapon that corporates use. I was born with a free mind, and encouraged to use it. With time moving on, we headed for the ground.

The Glassboys ground was the first ground I’ve ever been to, where it shares with the cricket club. Bramall Lane, Sheffield was probably the most famous, and biggest ground that used to, followed by Northampton Town’s County ground. I wasn’t aware that Stourbridge did. 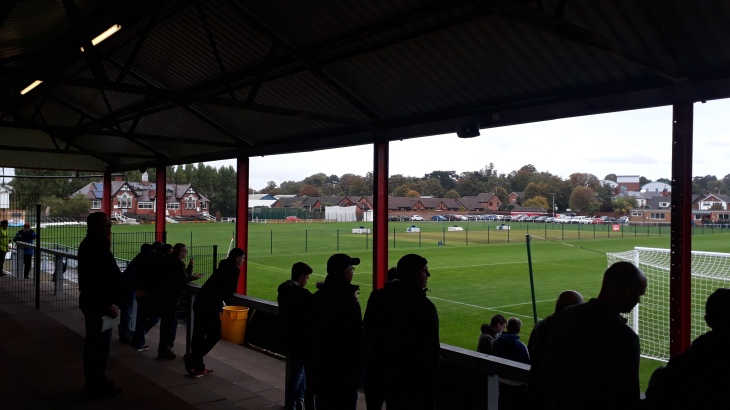 It’s a strange set up. Each has its own identity. 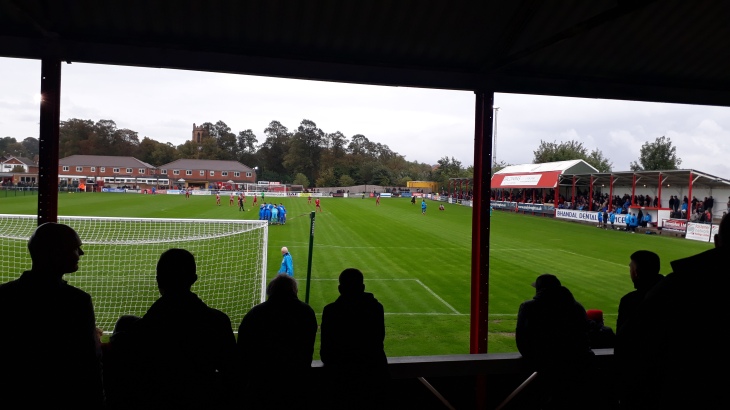 Once I’d got my head round the half and half ground, I settled down to watch the football version of Stourbridge. The early skirmishes, were typical scrappy cup football. As the half wore on, both teams settled down, and both went close to opening the scoring, The home side even having a goal disallowed for offside, but the first half drew to a close, with a replay on the cards. I wondered if I was going to witness another goalless draw. The Glassboys broke the deadlock in the second half, with a pretty standard, near post finish. The second would’ve been replayed to death, by Sky. Stourbridge were bearing down on goal, the Brakes swarmed round them, managing to clear, but not far, certainly not far enough. From fully 40, 45 yards out, a Stourbridge midfielder spotted the Leamington keeper off the line, and opportunistically, played it over everyone, into the unguarded net. An unassailable lead? No. The Brakes had nothing to lose, and went for it. A magnificent point blank save from the Stourbridge keeper, was deemed irrelevant, as the resultant corner, was dispatched, reducing the deficit. A minute later, the world class save, was added to, by goalkeeping, you’d expect to see in a Sunday league game, the scores were equal. Maybe that replay, was on the cards. With the Leamington supporters in full voice, their jubilation was curtailed, as Stourbridge scored the winner. A great header, from arguably the best player on show. Unfortunately, I have no idea what his name is. So The Glassboys were in the draw for the next round, a match closer to potentially securing a berth in the first round ‘proper’

Me and Mikey, especially with his much superior knowledge of the local geography, headed for the  traditionally, Batham’s owned, and hopefully, always will be, Royal Exchange. The only thing that seems to have changed in this pub, are the styles of the clothes, that the customers were wearing, but when the beer is that good, why make too many huge alterations? The pork pie was nice too. We went a little further on down the road to the Queens Head. A Black Country Ales pub, (Well we were in the Black Country) they had the football on. If I’m being totally honest with you, I’m bored with watching football on the television. Judging by a virtually empty pub, I’m not the only one. Is televised football losing it’s appeal? I remember a time (Yes, they did have television, when I was a kid) that there wasn’t the half a dozen live games over the weekend. Less really was more. The few games that were televised, were valued. We’re passed saturation point now. We went back to the Bar Bridge, Andy Stix text me, in a rant about Rowett. It appears that Rowett is drowning in the hatred from the Stoke fans. Each time he moves on, the more he chases the money, the less patience supporters have for him and his functional football. Mikey made for the bus, and I made for the train.