I wouldn’t say my life has been anything but unremarkable, though I have had a penchant for reaching for the self destruct button, much the same as Blues really. Is it any wonder, I’ve used them as a crutch? Today was to be my 800th Blues game. I have no idea why I started recording the games I attended, but I kept it up. I wouldn’t say 800 is a great number, I know lads who have been to more, and it’s been over a few decades anyway. It’s still a milestone, I’ve got to, regardless of what was going on in my life, or how bad things got down at St Andrews. As usual, I’d had my eyes on the weather forecast, and it wasn’t good. It was raining when I left the flat, but it wasn’t as heavy as I was expecting, and it wasn’t to be. I hit the Wellington first, first of the ale trailers too. I read the latest Derby Drinker, as I waited for the rest to land. Real ale magazines are a great source of information, with playing Derby away in a few weeks time, finding the latest copy, was even better. Helps with planning the day. Jinksy came in and just after saying hello, my eldest Sister Chris rang, wanting to know how work was going. As Jinksy went out for a fag, I filled Sis in, with how the job was going. As I came off the phone from the family worrier, the Norwegians came in. We got talking about Russian football, how they’re trying to break the traditional Western European monopoly. The money is there now, to push their way in, but it isn’t as easy as just throwing money at it. We discussed the history of Russian football, how clubs were state department linked. Always able to maintain a good level, but restricted on how far they could go. Darrell came in, as did Taffy. Taffy is now a fan of this rubbish I write. (Easily pleased obviously) Darrell showed me the photos he’d taken of the substantial remnants of the, now defunct, Third Larnark ground. I thought the old Accrington ground, Peel Park, was an erie place, but the photos were spooky. Planning for the upcoming Stoke away game came up, and we were over heard by another customer, who came over, and waxed lyrical about the ale pubs in Newcastle under Lyme. We were sold on the idea. Paul and Jacky Mason came in. Seems strange that they’re married now. We compared Preston pubs, and stated the best ones. That’s the beauty of being in the same division now, we can give each other, the heads up on places. J.k. came in, sporting some really nasty insect bites. Something had not only taken a like to him, but had gorged itself on him. With the exotic imports (These pesky interlopers, don’t even have to go through quarantine, or even have to possess passports) that come into the country now, it needed checking out. Worcester Pete’s absence was noted, as we headed for the Head of Steam. Steve was already in there. 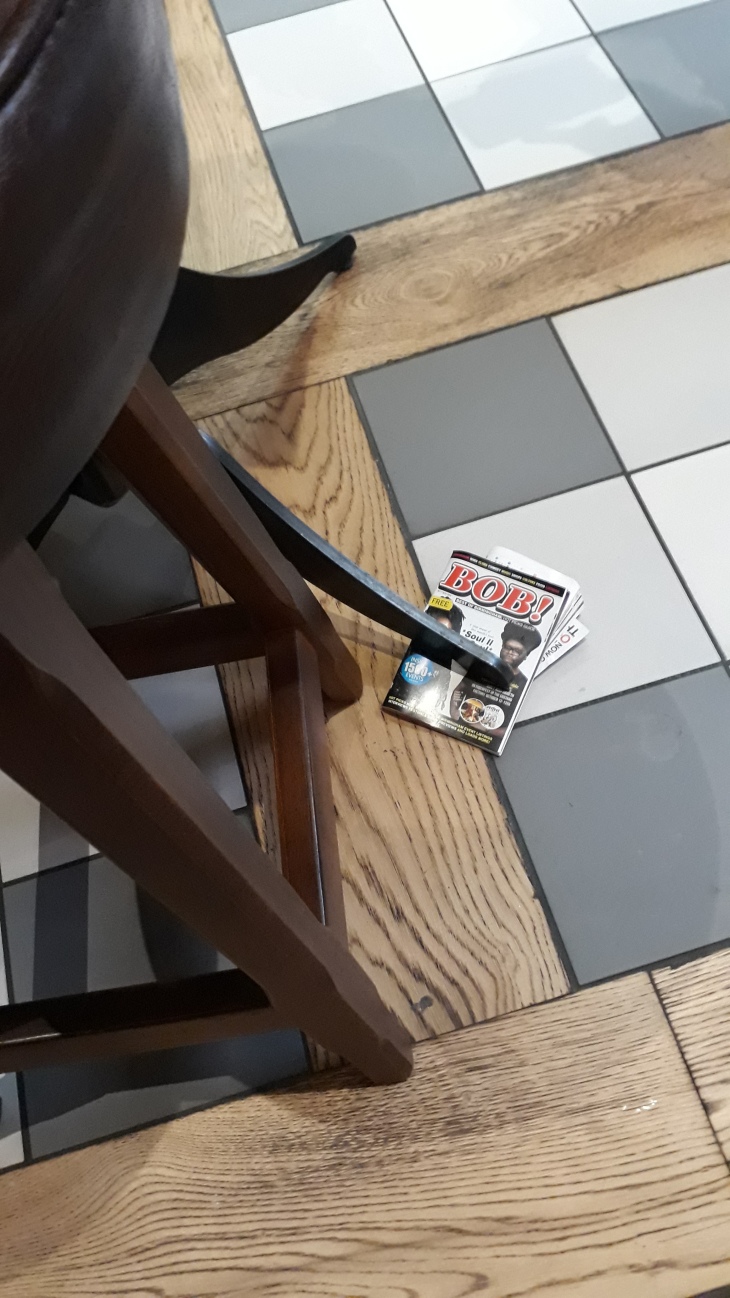 “A builder and a cowboy, had been found, what was the chances of finding a cop and an Indian in Brum, to complete the Village people?”

Taffy regaled the Norwegians with a story of a lad he knew, that had a fetish for a certain shaved piece of anatomy, and Finding themselves in a lap dancing club. As the level of consumed alcohol goes up, generally, so does the noise volume. The young lady, obviously had heard him announce his fetish, numerously to the party he was with, and she played on it. Given the optimum moment, she thrust her hips forward, towards his face, startled, he fell off the stool, he was sat on, que endless merriment. We moved on to the Kilda and Paul was waiting for us. I had a craft beer named as Hawiian Milk shake, described as sour. It was definitely sour. The subject of European derbies cropped up, I’ve a few I would like to take in. Darrell was under the misconception, that Ajax and Feyenoord were from the same city, because of the intense rivalry, after putting him right, I recommended looking up what happened concerning the two clubs and the great Johan Cruyff, in the Swan song to his playing career. Cruyff was a clever bloke, not to mention, being his own man. Knowing that Ajax were struggling financially, but wanted to bring him back, he negotiated a contract based on home game attendances. In his second season back, and with the championship already won, Ajax went back on their word, of a new contract, that was more in keeping of the usual. Cruyff got wind of the news, and promptly signed a pre contract with Feyenoord. With Ajax 5:0 up at half time, Cruyff left the ground, knowing the news was going to be broadcast on the radio. Not only, did Ajax go on to lose the match, a riot blighted the second half. Dig Brew got visited by us next, and I bumped into an old face,  (Definitely ageing, anyway) I recognised. Birdy was somewhat of a legend amongst the lads I was hanging around with, back in the day. I could write a blog post, just about him! After a really good catch up, and a few memories shared, we left for the game.

I was expecting a win, but wouldn’t have been surprised with another draw. I wasn’t expecting a hat trick. The first one was fortuitous. The header might have been on target, but it was really just a routine catch for the keeper. He decided to make a right shambles of it. Had he got a rickett, he’d have dropped that too. 2:0, was more of a Championship level, sub standard defending, and opportunist finishing. A comfortable, albeit, unspectacular lead at half time. I clocked a couple of lads, I knew from away games. One of whom, has moved from Blackpool, inland to Preston. I didn’t miss the chance of doing my bit for the Chorley tourist board, (If there isn’t one, there should be) and exalted the virtues of the town. Jutkiewicz left his best till last. He completed his hat trick, with a, well teed up, brilliant shot, from a free-kick on the edge of the penalty area. Never mind the Duke William of Stourbridge, we had Juke Lukas of St Andrews. I’ve got to mention here, how dangerous seats can be. One of the most common injuries you can fall foul of, is having your foot caught in the seat in front of you, as the owner, sits down. On this occasion, I was the culprit, trapping the poor little girl behind me’s foot. I apologised profusely. Roll on, when they bring in safe standing, because there’s no such thing, as safe sitting. Rotherham pulled one back, for consolation, and the game petered out.

It was back to the Spotted Dog, smiles universally sported. I have no idea, what got me, Sue and Pat on to politics, but strangely, seeing as they were from the opposite political spectrum, I enjoyed it. I paid Mikey back for my Stoke ticket, and revealing both plans for that game, and the free weekend, I bored him to sleep with talking shop. He’s a history teacher, and I love history. I moaned to the poor bloke, that because of the way the exam subjects were compartmentalized, I wasn’t able to do both strains of history, when I was at school. I couldn’t help myself, he teaches the subject, I would’ve loved to have taught. I drank up, boring him no longer, and walked into town. The rain had long finished, so it was quite pleasant. Against my principals, (Yeah, I’ve probably got too many) I took advantage of one of the offers, on the back of the previous days bus ticket, and got something to eat, before getting the bus home.