Is it a conspiracy by the company’s of the U.K., that engineering works on the railway, mustn’t disrupt their employees getting to work, but their holidays can be? Work at Euston, meant the station was out of action, for the entire weekend, the German government owned Chilton line, was cashing in on it. Moor Street was gearing up for the day, by getting festival style fencing ready for the influx of expected passengers, later that day, when I caught the train, catching up with some sleep on the way down to Marylebone. I got a little confused at Paddington, (It doesn’t take much) till I remembered the station has two bits to its underground connection, getting the tube to Hammersmith, I had a bacon roll and a pint at the Plough and Harrow Wetherspoons, due to the traditional pub name, I was expecting an old pub with a Wetherspoons touch, I was disappointed to find that it was one of the modern ones, not one of their tasteful, bank or cinema conversations, excellent service though. I went to the other Hammersmith station changing twice to Tooting Bec, hitting The Wheatsheaf right opposite the station,

“Waiting for the plasterer”

It had a striped back, en vogue feel to it, but was surprisingly comfy, jumping back on the tube, I got off at Elephant and Castle, making my way down the Kennington road to where Mansion House and the Old Red Lion sat side by side, I was early, so carried on passed, stumbling on the White Bear, a Youngs owned pub with a theatre upstairs, wandering around the place, I noticed an extremely worn patch in the floorboards. 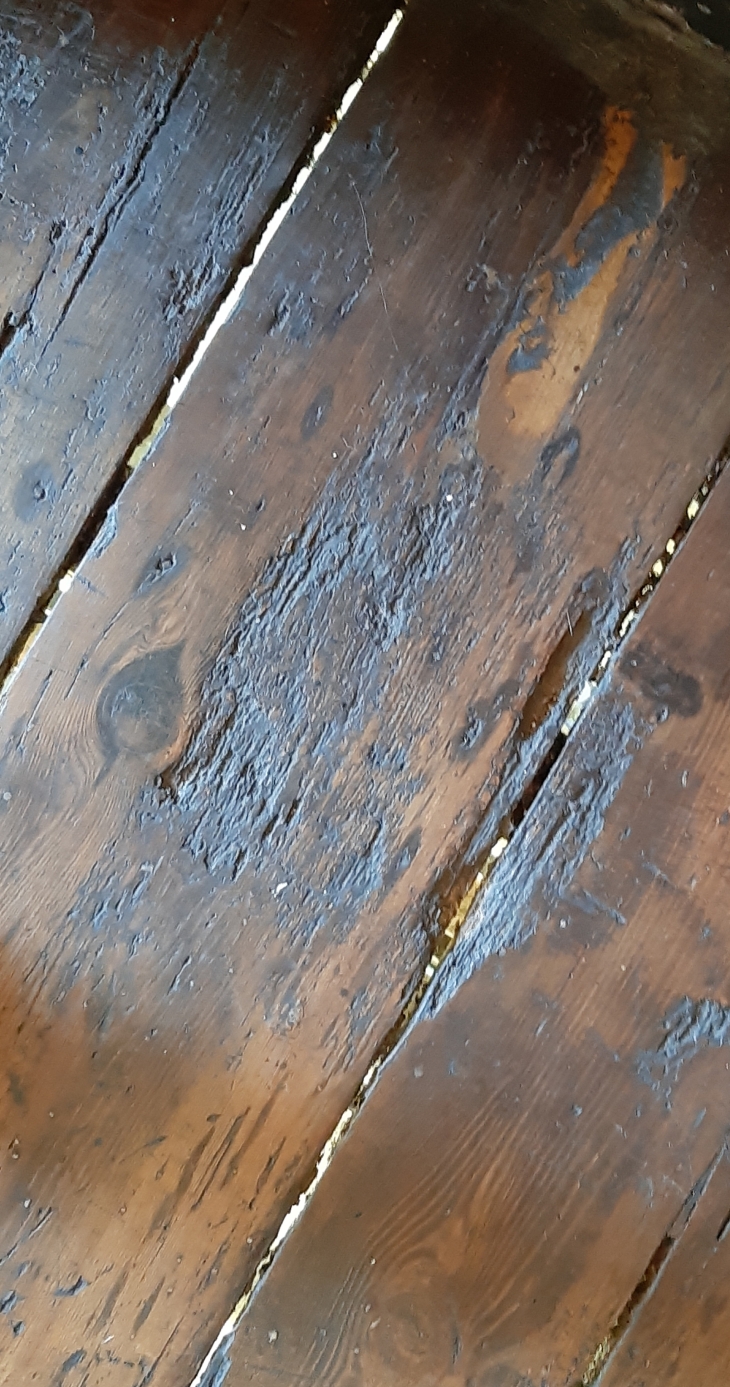 “Let there be light”

As per usual, the photo doesn’t quite do it justice, the lighting in the cellar really shone through the gaps in the, now springy, flooring. I chatted to the barman, a Pole who was, after 20 years of living in this country, very much settled, so much so, that he’d almost lost his accent. Drinking up, I went back to the itinerary, popping in the Oakham Ales owned Mansion House first, I took my pint outside, and sat at one of the tables on the pavement, it was too much of a wine bar feel inside, having tried all the Oakham range, I had yet another pint of Citra, the Old Red Lion next door might have been attached in the physical sense, but was much more my kind of pub.

“As old as next door was new”

“Even the diminutive would smash their heads”

The doorway in the photo, mustn’t have been much more than 5’5”, a door to dissuade the average rugby union player from attempting, without an embarrassing phonecall to the local fire brigade having to be made. I peeled myself out of the settee, and headed back to the tube, getting the Bakerloo line up to Baker Street.

“Coming to a transport museum near you”

The rolling stock is looking decidedly tired now, I had enough time for a trip down manager lane, with a visit to the Globe, I used to enjoy sitting at one of the benches outside with a pint, watching the world go by, in my youth. I received a text off Darrell, Tron had posted on Facebook, that he was attending the very same game I was, with that, I just had to find him at the game, but first, I wanted to do one last place on my itinerary for before the match, getting off at Ruislip, I went to the Hop and Vine.

“This isn’t upskirting, regardless of the legs on show”

A good micro, but not one of my favourites so far, maybe I’m getting picky, but it hadn’t enough quirkiness for me.

Originally, I was going to do Welling United v Chelmsford City but after I’d already bought my advanced train tickets, they swapped the game to the Friday, when Blues would be playing, my next choice, Billericay Town v Hemel Hempstead Town fell foul of engineering works between the capital and Essex, I decided on one I was hoping to keep in reserve, for when I visited Val and John, Wealdstone, when I first started watching Telford several decades ago, were one of the more successful clubs of that era, along with Barnet, Enfield and Dagenham in the London area, with Dulwich Hamlet being the visitors, you could say, it was a non league derby game.

“A non league grass pitch, as good as anything in the Premier League”

The colour pink had quite a substantial presence on the terracing and stands, as I scanned the crowd, in search of Tron, as it was, he spotted me first. I’ve stated before, how much I’m amazed at how many British grounds he’s done, it’s 140 now, and rising. The thing I like, is like me, he doesn’t make a song and dance about it, just does it, What I like even more, I might have done a handful of grounds more, but I haven’t got to catch a plane first, for that reason, the guy is just amazing. Although Wealdstone were in the playoff mix, and ultimately, a lot higher in the league than Dulwich, it was the away side that took the game by the scruff of its neck, taking a 2:0 lead with a brilliant free kick, after Tron called the first, Dulwich were coasting, making a mockery, as we watched, chatting about grounds we’d done, at half-time, I went in search of a programme again, they’d just sold out before the game and was told that they might have a few over from hospitality, not finding anything, I made the mistake of getting chips in a polystyrene tray, as I wished I’d covered them in something to take the taste of cardboard away, I was approached by the lady who’d told me about the programme, finding that I hadn’t managed to secure one, she went and got one for me, you just don’t get that happening higher up the leagues, Not seeing Tron again, I watched the second half, a penalty making it 3:0 to the famous team in pink, Wealdstone pulling one back, but too late to mount a comeback. The game had flown by, as I exited the ground, I text my nephew Dave to find out how Chorley had got on v Stockport, I received a few puzzled looks as I couldn’t hide my delight at finding out, the Mags had won 2:0.

Tron caught up with me as I was trying to find the right way back to the tube, we went in the White Bear, a pub I hadn’t gone passed, so I had gone the wrong way, least the place had ale, and it meant I could carry on chatting to Tron, finally finding out why he became a Blues nut we got talking to the group of lads on the next table, one a Palace fan, one a Millwall supporter. Finishing up, we went to West Ruislip station, Tron getting the train to High Wycombe, I went back to Marylebone, my itinerary for after the game, put on ice for another day. Getting the train back to Brum, I got some more of the sleep i missed out on the previous day.