Yawn, even off the back of three consecutive wins, it was just another home game, bus into town and then rocked up at the Welly, Darryl came in and we talked of our plans for the next and final international weekend of the season, Salford is where he’s heading, I’m off to Barrow, there’s not much in the GBG for Barrow, but there is for nearby Ulverston, so that might be another fine mess I’ll get myself into. Steve came in, as did JK. The Camra Pub Of The Year has been announced,

As you can see, it’s not exactly in an urban area, however us ale trailers are resourceful when it comes to research, we found out where its nearest train station was, how regular the train service is, and what the opening times of the pub are. From looking at it, and thinking it would be one to miss, it’s now looking nailed on that when we play Reading away next season, we’ll be taking in a visit to the pub. We moved on to The Colemore, after encountering Northampton fans on their way to Walsall and Forrest Carling brigade in pursuit of their favourite slop in the Welly, and failing, there was a fair knot of Brentford with a Blues fan friend of theirs in there. I’m really starting to warm to the Colemore, it’s stocking more and more guest ales, not that the beers produced by Thornbridge aren’t nice in their own right, but I like choice, everything else about the place is brilliant. In fact, if they opened at the same time as The Wellington, I’d probably go to The Colemore instead. Although we have a  greater choice of real ale outlets in Brum these days, I still long for the good old days of The Anchor, I suspect I’m not the only one. Spoons, Ian and Rich were in the Head Of Steam when we got there, and we didn’t miss the opportunity to tease Ian, maintaining that now he’s not in charge of the signal box at New Street, all the trains are on time. I have difficulty with so called supporters watching ‘their’ club on the TV in a pub, when there’s no real excuse for them not being at the game they’re watching. The Baggies were at home to Forrest, a game being played less than 5 miles away, and easily accessible by public transport, yet there was a bloke with a Forrest away shirt on, and a group of Baggies fans. The bloke with the Forrest shirt may not have been able to get a ticket, but wearing colours is a disgrace in my eyes, they’re no better than the ‘armchair’ fans that never go to games, but will always buy the club shirt. As for the Baggies lads, may not have been wearing colours, but the game wasn’t a sell out, they had even less of an excuse. Kilda seems to be the stop over of choice these days, a stepping stone, they very much go for craft beer, complete with several sours, Dennis might have been the name of the latest storm, but Tiny Rebel was the the name of the storm in Kilda, it was a bar take over, not being able to decide between two of the beers,  I had a third of one, and 2 thirds of the other. Mikey was in, and I swapped money for tickets, both QPR and Leicester. Truly loyal fans, have networks of friends, that share information and resources, it’s not about making sure that the batteries work in the remote control. Bob’s has replaced Clink, I prefer it to Digbrew, the beer is better for a start. Aida was in, as we wondered if it was worth the battle with Dennis, I timed it just right to get the bus up the Garrison Lane with Mikey.

I missed storm Ciara, her brother Dennis made sure none of us were going to miss him, including the players of both sides. It was never going to be a great game, though Bellingham was inches away from adding a few more million to his predicted fee, with a whipped shot from just outside the penalty area that cannoned back off the foot of the post with the keeper beaten. It wasn’t long before we were celebrating though, as The Juke swept us into the lead, Brentford retorted with an equaliser, and that was pretty much it, as the conditions didn’t make for good football, and although Brentford were the better side, neither really got to grips with the weather. I was happy that I hadn’t wimped out, and stayed in the pub, or even worse, hadn’t bothered to venture out from the flat, but as games go, especially home games, it hadn’t been a memorable one. A goal each, a point each.

“Explained all the flashing blue lights”

By the time I hit Digbeth, Dennis had blown my enthusiasm away. 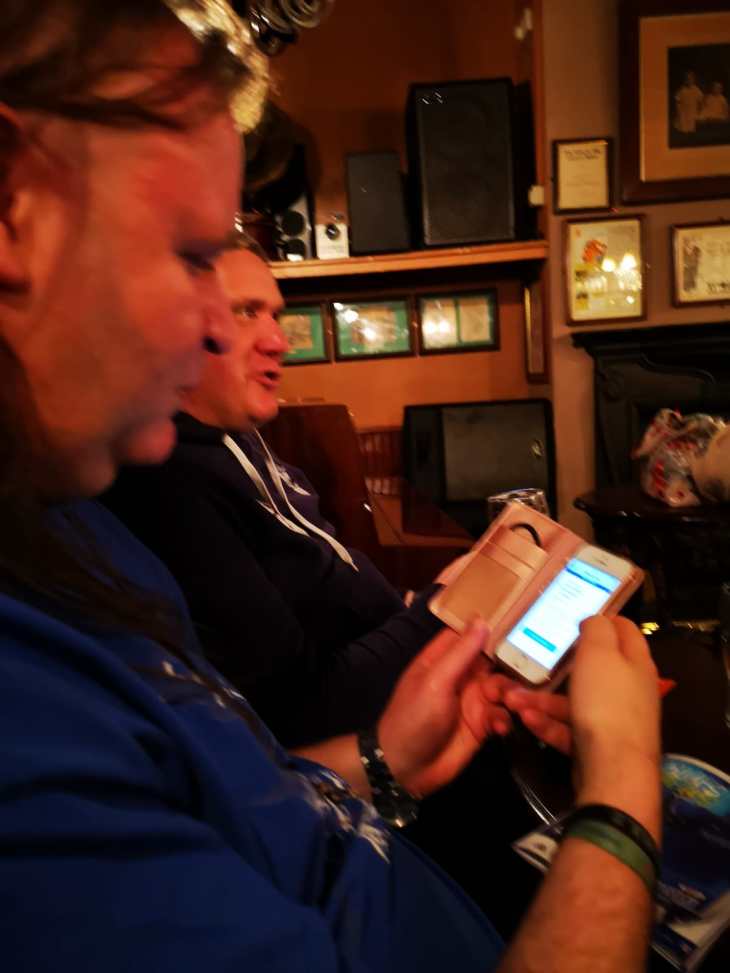 So I missed this tumultuous event. I got the bus home instead.